The following is an UNEDITED and NOT FINAL peak into the potential opening chapter.

I stand to the right of a gentle, 71-year-old man, staring at the grave of his son who died 25 years ago at age 17. To his left stand my teenage son and daughter, arm-in-arm comforting one another. As the elderly man starts to cry, feeling guilty over his son’s tragically imperfect body, I am uncomfortably thankful for the flaw.

Because his son’s heart still beats in my body. It has taken me a long time to get to this point, literally and figuratively. For most of the 25 years before this moment, I lived with blinders on. The blinders you need to be an athlete, a competitor and a survivor. I have done all three with my second chance, not only becoming the first heart transplant patient to ever play professional sports, but becoming one of the longest-living transplant patients. I also got married, had a family and made money in the high-pressure world of Las Vegas entertainment. After all of that, I finally reached a point of reflection. I finally wanted to know what happened to make it all possible. I wanted to know whose heart beat in my body. I wanted to know what the young man was like. Most of all, I just wanted to say thank you to the family that lost so much and gave me everything . So here I am back in Wales, standing in a cemetery next to a man I just met who I can’t thank enough and, for the first time in my life, feeling introspective. Part of this is truly uncomfortable, an uneasy place I have never allowed myself to go. As I talked to Robert Fields, I couldn’t help but repeat to myself again and again.

How do you say thank you to someone who gave you everything?

For me, the answer has always been to live a full and complete life. For a long time, I viewed my heart transplant in a seemingly callous way. One out, one in is how I used to describe the procedure, as if you were changing the battery in a flashlight. I talked about it that way intentionally because it was the only way to persuade people that I was OK. I got plenty of stares with that answer, but I never flinched. I never let on about how close to death I had really been. I never let anyone in on the emotions because, well, I didn’t let myself in on the emotions either.

This is how it works for athletes. You don’t look back, you look forward. If you get hurt, you get better and you get back on the field. It’s that simple. If you want to be great at something, there’s not a lot of room to be worried or concerned or afraid. The people competing against you certainly don’t care if you’re hurt. So you better not worry about how you feel. Conversely, as I walked the field where Robert’s son James died, I was overwhelmed. James died playing soccer, the most obvious in a series of ironic twists in this story. The sport he played when his life ended because of a brain aneurysm is the very sport that helped allow me to go on and live out my dreams.

Of course, my story of survival doesn’t begin and end in this part of the world. There is so much more that goes into it, from the hard work of my parents to the generosity of the people in Victoria, Canada, where I grew up. There was my obstinate desire to never want to be the “The Heart Guy,” which eventually led me to leave Victoria.

There was the pushy work of Sir Terence English, an English doctor who wouldn’t let those around him stop his heart transplant project in the 1970s. English went from being derided as a man who “dealt in death” to receiving the highest honor in English culture. There was Dr. Mohsin Hakim, who told me simply that the goal of having heart surgery was to return to the life I had before.

There were the teammates in soccer, the coaches and the executives who pushed me. The college administrators who bent the rules and took a chance on the seemingly insane idea of letting a guy with a heart transplant play soccer. Could you even imagine what the publicity would have been like if I had died?

There are a million places I could start this story, a million significant moments I now look back at and wonder about. But I choose to start it in the moment. After all, that’s where I’ve tried to live most of my life. Standing right here, next to this gentle man who still cries over what his son lost. Notify me when the book is released 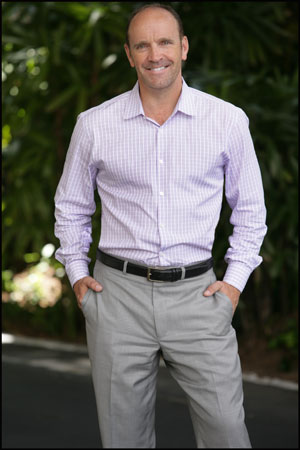 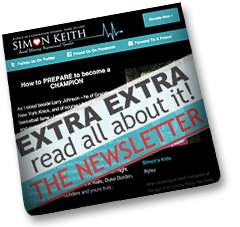